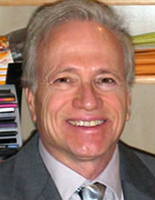 Robert Angel has forty years of experience researching the records and databases of the United States Copyright Office with respect to motion pictures, screenplays, books, periodicals, music and artwork. He has expertise as both a researcher and as an attorney in the field of domestic and international copyright.

The research centers on clearing titles for potential use for motion pictures and television, as well as complex issues concerning chain of title analysis. This includes determination of public domain status both domestically and internationally, termination rights, and Abend analysis, as well as analysis of assignments and contracts.

While in high school Robert and his brother Steven formed a band The 3 1/2 which went on tour with Herman’s Hermits. He still enjoys playing the organ and is an avid tennis player. Robert has two daughters, Lauren and Jacqueline and lives with his wife Myra in Reston, VA.